Paul has been playing the very occasional gig again, usually at the instigation of friends, and recently did part of the night at both Uppermill and Swinton Folk Clubs alongside friend Chris Stern. 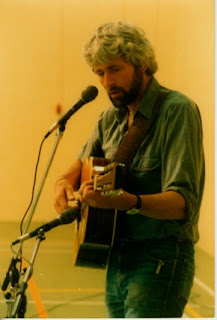 This all really started last year when he was invited by Richard Granger to play at Ryedale Festival, so a great deal of practising was necessary to get back up to performing speed.

Richard has again booked Paul for a return visit to this year's Ryedale Festival (May 27-30).  As well as a concert performance on Saturday 28th, Paul will be presenting a songwriting workshop on Sunday 29th, a unique opportunity for those interested to gain an insight into the songwriting process.